OPEN TUESDAY TO SUNDAY AND BANK HOLIDAYS, 10AM - 5PM.
NEWSLETTER
You are here: Home > What’s On > Alistair Butt Landscape Exhibition 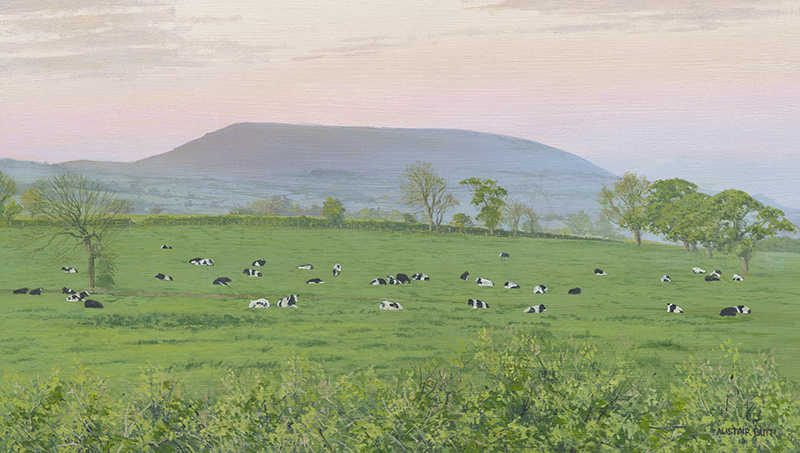 Carnes Fine Art are delighted to announce a new exhibition of oil paintings by Alistair Butt.
Alistair has been working incredibly hard creating a number of new oil paintings especially for our exhibition and we’re lucky to have many stunning pieces inspired by his trips around Great Britain this summer including pieces of the Ribble Valley, the Yorkshire Dales and the Lake District on display.
We have around 30 new paintings on display in art@cedarfarm and Carnes Fine Art Gallery.

Alistair is a proud member of the Royal Society of Marine Artists and works in both oils and watercolours.  He specialises in landscapes and coastal scenes of the British Isles. Light fascinates Alistair, he has a wonderful skill when capturing light in many forms, whether it is a shimmer across a river, sunlight across an open landscape or winter shadows on snowy ground.

Alistair works from his studio in Nottinghamshire. After leaving school he attended art college for four years and spent a further three years studying technical illustration and graphic design. Alistair had a successful career in the advertising industry before becoming a full-time professional artist.

Alistair has exhibited widely and won numerous awards. His paintings have been included in the Royal Society of Marine Artists (RSMA) annual exhibition at the Mall Galleries, London. In 2007 he was elected as an associate member of the RSMA and later won The Ranelagh Press Award, the first time it had been awarded at the RSMA with a watercolour painting. In 2009 Alistair was elected as a full member of the RSMA.

Alistair has shown work at the Royal Institute (RI) of Painters in Watercolour’s exhibitions and the Royal Institute of Oil Painters (ROI) exhibitions, both at the Mall Galleries, London. An exhibitor via invitation by Ron Ranson in the UK section entitled ‘Master Painters of the World’ in the International Artist Magazine. He was selected as one of the top 50 Masters of Watercolour in Europe, for the French magazine ‘Pratique des Arts’ and has an article in the launch issue of ‘L’ Art de l’Aquarelle’, a magazine spotlighting the best watercolourists of the world.